It had to happen someday. My old office (laptop) bag that I hung across my shoulders had to be thrown into the bin….pointless going to my roadside cobbler and watch him patiently stich and patch one more glaring hole….and no, he does not do it smilingly; he has had enough of this and now finds it hard to hide his frown! “There is some limit to how frugal one can be!” – is what he would have thought for one last time. I had grown up from the old school where I was taught “practice what you preach”. If ‘frugality’ is one of the entrepreneurial traits I had been recommending to my students and mentees for just so long, I better ought to have put it to practice myself! However, there is a limit to everything I guess.

Anyway, now that the bag was destined to be got rid of, I pulled out from its every nook and corner whatever bits of paper and scrap my hands could get to. From the junk I found two sheets of paper quite crumpled and tattered in the folds. I carefully opened them to see what I had scribbled and it turned out to be some ‘talking points’  for two separate seminars one in 2001 (26th January to be precise and just in the midst of a devastating earthquake in Bhuj, Gujarat that day) and the other in late February, 2002. Both strangely and coincidentally, in moments of somberness and wide gloomy sentiments. In one of them I was the keynote speaker, and in the other, I was chairing a panel.

Here are the taking points (bullets that I used as pointers to be followed by narration of small incidents or stories):

Note: The views expressed in this article of those of the author in his personal capacity. It does not reflect those of the institutions and/or organizations that he is associated with in any capacity. 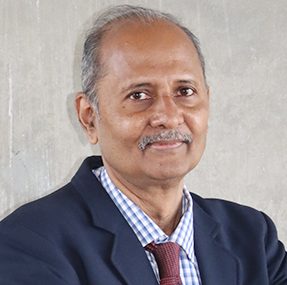 The 11 Deadly Sins of Product Development

Why there is a dire need to focus on quality Medtech devices in India?